For two Texas politicians seeking the Republican nomination for president, it’s a tale of two campaigns: U.S. Sen. Ted Cruz is embracing current front-runner Donald Trump (slamming the Iran nuclear deal together at a DC rally), while former Gov. Rick Perry seeks to vilify Trump. Cruz is holding steady in the national polls at about 7%, while Perry sits at less than 1%. Cruz is slated to be a guest on the new CBS late night show starring Stephen Colbert, while Perry is out of money, no longer has paid staff in New Hampshire, and has closed campaign offices in South Carolina. Some think Perry’s campaign is on death watch (he denies it), while others believe Perry’s chances are better than Trump.

Back in Texas, Attorney General Ken Paxton has a new legal defense team in place after more than two weeks without a lawyer. Paxton has pleaded not guilty to charges that he misled investors in business dealings before taking office.

Patrick is not expected to endorse in the other open state Senate race — Sen. Troy Fraser’s SD-24 in the hill country. The already crowded SD-24 field will likely add one more major candidate: 5-term state Rep. Susan King (R-Abilene). King announced she is forming an exploratory committee, but will not seek reelection to the Texas House either way.

Last week, hundreds of new laws passed by the 84th Texas Legislature took effect (on September 1st) and the Texas Tribune had a good month-long summary of some major new laws that will change the lives of Texans. As always, please feel free to call or e-mail with questions, – Shannon & Mike 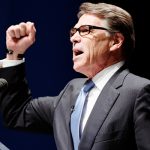