A day after last week’s Republican presidential debates, the campaign of former Texas Gov. Rick Perry stopped paying his staff at the national headquarters in Austin, as well as the early caucus and primary states of Iowa, New Hampshire and South Carolina. Perry has struggled to gain traction in his second presidential bid, and the fundraising has dried up. After the news was revealed in the media on Monday, campaign officials claim that many staffers have remained onboard, moving to a volunteer status, and they mapped out a path forward despite the money troubles. Supporters also claim that the well-funded Super PAC in support of Perry is ready to step in and keep his message afloat, at least through the February 1, 2016 caucus in Iowa, where Perry has spent more time than any other GOP hopeful.

Back to the GOP debates last Thursday, opinions of “who won” or “who surprised” or “who fell flat” depend on who you’re reading. The early debate was dominated by Carly Fiorina, who is surging in the polls and fundraising has spiked. The later debate had 24 million viewers and was the “highest-rated cable news program ever on any network”. Most of the top-tier candidates had memorable moments, and in this age of Youtube, Twitter and Facebook, those soundbites were repeated and re-posted in the news and social medias for several days.

U.S. Senator Ted Cruz of Texas, buoyed by increases in poll numbers, crowds, fundraising (raising more than $1 million in he first hundred hours following the GOP debate) and a well-received speech at the RedState gathering in Atlanta over the weekend, set out on a week-long bus tour of southern states to strengthen his position for the so-called SEC-primary — March 1st Super Tuesday, which includes Alabama, Arkansas, Georgia, Tennessee, Texas and seven other states. Mississippi is one week later, while Florida and Missouri are one week after that. Here’s a schedule of all GOP caucuses and primaries.

Texas Attorney General Ken Paxton continues to stay in the news: on gay marriage, birth control, a University of Texas open records request, same-sex couple amended death certificates, and of course, he is accused of misleading potential investors in a tech company and failing to register with the state before soliciting clients for an investment adviser. While Paxton fights the charges, a “muted and unofficial conversation about who will succeed him is already underway.”

As always, please feel free to call or e-mail with questions. – Mike & Shannon 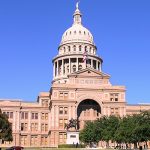 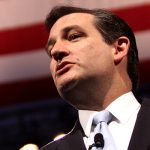